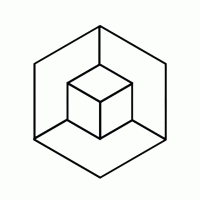 If theres anything I could do to help with season 3 I would love to do it.

So it's been I believe about two-ish years since my last post, which just goes to show how long I've been waiting for Displaced Season 3 to be released. I've watched a lot of the update videos for displaced, and I think if theres still things left to be done that I could help. I know that the main thing that bottlenecked production last year atleast was the animation in Blender. I actually do have a small amount of experience in Blender that I could help with. Although if theres anything else I could help with, like I've said, I would love to do. If you would like to contact me on any of that my Discord is Dirk #7749. if Displaced is already made and is just sitting in a hard-drive ready to be released however, I would appreciate a release date. Although I know you said that you don't make due dates, you make dates that you hope to make but usually end up surpassing. Anyway, love Displaced and Nerd on the Street

NOTS Staff
Hi Dirk! Thank you so much for sticking around all this time.

I'd like to offer an apology for keeping you waiting so long– to think that it's been two entire years is insane. In that time, Displaced isn't the only thing I've been working on… the tech channel has doubled in subscribers and passed 2 million cumulative views, we've done 2 more Extra Life streams and raised several thousand dollars for charity in the process, and on top of all that, I completed a college degree. Still, I know I said I was working on this, and I've become very frustrated myself with how long it's taking to come to fruition.

The best news I have for you is that Season 3 is still making progress, and it's closer to release now than it has ever been before. Just this week, I rendered 2 additional shots for the first episode. The problem with Blender compared to Minecraft is that every shot has to be set up, animated, and rendered, and the disconnect between "animate" and "render" really kills any momentum before it can start to build up. I can wake up in the morning and plan to work on Displaced all day, but once I'm in the rendering stage, I usually have to stop animating until the next day, by which point I will have started another project (e.g. tech video).

The first episode is honestly so close to being finished (in the grand scheme of things) that I don't need or want any external help for it. Episode 2, on the other hand, will require additional help if I want to push forward with it… I'm just focused on Episode 1 right now, and I'll cross the next bridge when it comes.

I see that you're in the NOTS Discord server, and you can always reach me there, or on the NOTS website. I'm also going to send you a private message on this site about a little thank-you for waiting so long. If it wasn't for the pesky real world making me work an insignificant day job, I'd have Displaced, Rolling Release, the NOTS Podcast, my documentary project, and a slew of other content out of development hell and ready to be published already. We got two new Nerd Club members this week, so maybe I'll get there eventually.

- Jacob Kauffmann
Nerd on the Street